ATTENTION: Due to the current directives from the state of California, we are not currently seeing any clients in-person; however, we are happy to provide free online consultations via Skype or FaceTime. Please call our office at 626.795.8333 to schedule your online consultation; if you are a current client, please know we continue to work on your case and are available for any questions you may have.

Several times each day in the U.S., innocent people are injured due to the negligence or carelessness of a healthcare provider. Medical malpractice costs the United States more than $3.6 billion every year. The worst malpractice incidents lead to serious injuries or rapid declines in health, permanent disability, and sometimes even death. Medical malpractice often involves more persons than just the doctors. When someone employed by a hospital is responsible for medicinal malpractice, typically the hospital itself rather than the individual will be named as a defendant in a medical malpractice claim. This is why it’s important to have a team of medical malpractice lawyers on your side.

Medical malpractice happens when a patient is injured by a physician or by another healthcare professional who fails to provide the accepted standard of care, that is, the level and type of care that a reasonably competent and skilled healthcare professional, with a similar background and in the same medicinal community, would have provided under the circumstances that led to the alleged wrongdoing. In Southern California, an experienced Pasadena medical malpractice attorney can help someone determine if a specific incident does or does not constitute medical malpractice.

Of course, simply because a doctor or nurse makes a mistake, or simply because a patient is unhappy with the outcome of a medical treatment or procedure, it doesn’t necessarily mean that medical malpractice has taken place. To satisfy the legal definition of medicinal malpractice, there must be negligence on the part of a healthcare provider, and that negligence must be the direct cause of the patient’s injury or damage. What are the most common kinds of medical malpractice that take place in hospitals in the United States?

The overwhelming majority of medicinal malpractice incidents are linked to a misdiagnosis or to the failure to diagnose a medical condition. In fact, every year, about twelve million adults in this nation are misdiagnosed in hospitals, doctors’ offices, and medical clinics. Failing to diagnose a serious medical condition or misdiagnosing a severe illness and recommending the wrong treatment can cause even more harm to an already-sick patient and can be the basis for a medicinal malpractice claim. Delayed diagnosis or misdiagnosis probably are responsible for the largest percentage of medical wrongdoing claims.

When a doctor misdiagnoses or fails to diagnose a serious medical condition, the patient misses out on opportunities that could have improved or healed his or her condition. In order to prove a medical malpractice claim based on a misdiagnosis or a failure to diagnose, a medicinal malpractice attorney must contrast what the physician did (or failed to do) with what a reasonably competent and skillful physician in the same specialty would have done in the same situation. If a reasonably competent and skillful doctor in the same situation would not have made the diagnostic error, the medical malpractice claim is likely to prevail.

Birth injuries can also be caused by a doctor’s negligence long before the delivery. If negligent treatment is offered throughout the pregnancy, it could harm the child, the mother, or both. Some examples of negligent prenatal care include the physician or obstetrician’s failure to diagnose a mother’s condition such as such as hypoglycemia, preeclampsia, anemia, Rh incompatibility, or gestational diabetes. Other common medicinal errors during pregnancy include:

Every year, about 1.5 million people in the United States are affected by medication errors. A patient might be injured if a doctor recommends the wrong prescription. If a medicinal condition has been originally misdiagnosed, a prescription based on that misdiagnosis could conceivably be dangerous. In a hectic hospital scenario, the right medication might be administered to the wrong patient. However, the most common medication mistakes involve dosages – too much or too little.

Surgical errors are actually quite rare, although these are the medicinal malpractice cases that make the headlines. If a physician removes or operates on the wrong organ or body part, punctures an internal organ, or leaves a surgical instrument inside the body, it’s usually a clear-cut case of medical wrongdoing. A nursing staff’s negligence in providing post-operative care – allowing for complications like a serious infection, for example – might also be medicinal malpractice.

Anesthesia mistakes can often be more dangerous than surgical errors. An anesthesiologist can commit medical malpractice by giving a patient too much anesthesia, failing to monitor a patient’s vital signs, improperly inserting a tube in the trachea to assist with breathing, or by using equipment that is defective. The tiniest error by an anesthesiologist can cause permanent injury, brain damage, and in some cases, death.

WHERE CAN MEDICAL MALPRACTICE VICTIMS TURN? 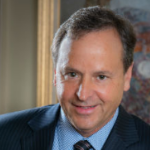