As a medical malpractice law firm in Pasadena, we know that California’s Medical Injury Compensation Reform Act of 1975 – MICRA – was supposed to reduce medical malpractice liability insurance premiums for healthcare providers in this state by decreasing their potential tort liability. The real effect of MICRA, however, has been to limit the rights of medical malpractice victims and their ability to receive compensation for injuries caused by medical negligence. MICRA’s provisions were challenged in the courts in the 1970s and 1980s, but most of its provisions have been upheld by the Supreme Court of California or the California Courts of Appeal.

Since 1975, the Medical Injury Compensation Reform Act has capped non-economic damages at $250,000 in medical malpractice cases, capped attorneys’ fees, reduced the statute of limitations period for bringing medical malpractice claims, and allowed healthcare providers to pay judgments over a lengthier period of time. In many instances, the law also compels malpractice injury victims to submit to binding arbitration, which in practice may provide reduced compensation sums and more favorable results for healthcare providers.

Attorney Gregory Vanni, managing partner at Thon Beck Vanni Callahan & Powell, says the law is unfair to injury victims: “Every day,” says Vanni, “we turn away righteous cases of medical negligence because California’s medical malpractice laws are rigged against the victims who are harmed by careless doctors and hospitals. Lawyers can’t afford to take on such powerful and well-funded adversaries like medical doctors and hospitals because of the severe restrictions on suing them.”

Myth #2: Injured patients are still compensated for their medical expenses because only “non-economic” damages are capped.

The truth is that many injured patients receive little or no compensation. Typically, only the victims with large wage losses or extensive medical bills are able to find medical malpractice attorneys who will risk representing them. The severe injury or wrongful death of a child or a retiree due to medical malpractice typically does not result in “economic” damages because there is no basis for projecting a future earnings capacity. In these cases in California, there may be no way to hold negligent healthcare providers accountable.

Myth #3: A compensation cap is fair because injury victims may be awarded unlimited economic damages.

By law, California juries are not told about the cap on non-economic damages, so they sometimes award judgments without realizing what the law actually allows. One example is the case of Harry Jordan, a Huntington Beach man, who was hospitalized in 1982 at Long Beach Community Hospital to have a cancerous kidney removed, but the surgeon removed the healthy kidney. The error was blamed mostly on doctors reading Jordan’s X-rays backward.

A trial jury awarded Jordan over $5 million, but the verdict was reduced to $250,000 due to California’s cap on non-economic damages – plus a mere $6,000 in “economic” costs. Jordan’s ultimate court costs, not including attorney fees, amounted to more than $400,000 and his medical bills, which kept piling up after being rejected by insurers, eventually totaled more than $500,000. Harry Jordan’s case is just one example of what can happen to medical malpractice victims in California.

The real truth is that caps on malpractice damages benefit greedy HMOs and managed care corporations. One shocking example is the case of Steven Olsen. Steven Olsen suffers blindness and brain damage today because his family’s HMO plan did not permit the $800 CAT scan that might have saved him from permanent injury when he was two years old. The child fell on a stick in the woods while hiking with his family. The hospital gave him steroids and sent him home with a growing brain abscess even though his parents requested a CAT scan.

The very next day, the child was rushed to the hospital in a coma. A jury eventually awarded the family $7.1 million in “non-economic” damages, but once again, California law forced the judge to reduce the amount to $250,000. The jurors only learned that their judgment had been reduced when they read it in the newspaper. Thomas Kearns, the jury foreman in the case, later wrote that, “Our medical-care system has failed Steven Olsen … I think the people of California place a higher value on life than this.”

Myth #5: “Defensive medicine” drives up the cost of medical care.

Those who want to continue to limit the compensation rights of California’s medical malpractice injury victims claim that too many healthcare providers practice too much defensive medicine, driving up healthcare costs because doctors are afraid of lawsuits. But in this era of managed care, HMOs are actually seeking to reduce costs, and unnecessary tests and procedures are actually relatively rare.

Moreover, “Defensive medicine is not always bad for patients,” according to a report from the Congressional Office of Technology Assessment. The report concluded: “Malpractice reforms that remove incentives to practice defensively, without differentiating between appropriate and inappropriate defensive medicine, could also remove a deterrent to providing too little care at the very time that such mechanisms are needed.”

The victims of medical malpractice in California face a number of obstacles when they seek justice, and there’s no particular relief in sight. As the nation’s most progressive state, it’s probably time for California and its lawmakers to revisit the Medical Injury Compensation Reform Act of 1975 because, as Pasadena medical malpractice attorney Gregory Vanni says, “More and more victims of medical carelessness go totally unrepresented and uncompensated because of the unfair MICRA law.” 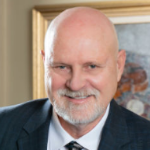