The story really begins with Mike Webster, the Pittsburgh Steelers center during that team’s string of Super Bowl wins in the 1970s. As a forensic pathologist in Pennsylvania with the Allegheny County coroner’s office, Dr. Omalu handled Webster’s autopsy in 2002.

Dr. Omalu suspected that Mike Webster had suffered from dementia pugilistica, a form of dementia induced by repeated blows to the head – and common to professional boxers.

Dr. Omalu found large accumulations of tau protein in Webster’s brain that would have negatively impacted Webster’s mood, emotional stability, and motor control. The doctor spent the next few years researching incidences of CTE among retired NFL players, and he initially believed that the NFL would be pleased with his research. Instead, the NFL downplayed the severity of the CTE problem, even though concerns regarding brain injuries to NFL players had been growing for years.

After the suicide – at age 45 – of former Steelers offensive lineman Terry Long in 2005, Dr. Omalu found tau protein concentrations in Long’s brain tissues were more consistent with “a 90-year-old brain with advanced Alzheimer’s.”

The NFL finally acknowledged the link between concussions sustained by football players and CTE incidences in December 2009.

In 2011, attorneys in Philadelphia filed lawsuits against the NFL on behalf of seven retired NFL players, including two-time Super Bowl champion quarterback Jim McMahon. Subsequently, thousands of former NFL players filed legal claims against the League after sustaining concussions repeatedly throughout their careers.

In April 2012, former Atlanta Falcons safety Ray Easterling, one of the seven co-plaintiffs in the case with Jim McMahon, committed suicide with a gun in his home. The autopsy report found tau protein concentrations consistent with CTE in Easterling’s brain tissue. Only a month later, the popular former San Diego Charger, Junior Seau, also died of a self-inflicted gunshot wound, and Seau’s autopsy also indicated CTE.

By August 2012, more than three thousand football players were involved in lawsuits against the NFL, and by April 2013, that number had surpassed 4,500.

At a federal hearing that month in Philadelphia, the NFL moved to have all of those lawsuits dismissed at once. Instead, the judge ordered representatives for both sides to attempt to negotiate a settlement. Under the agreement they reached, the NFL will spend $765 million to provide medical treatment to more than 18,000 former players.

Retired NFL players who suffer from brain injuries and brain injury-related diseases will also qualify for medical help. Another $10 million will subsidize brain injury and neurology research as well as safety and education programs.

While the agreement between the NFL and its retired players means that many who desperately need medical treatment will now be able to receive it, the settlement also raises some disturbing questions for the rest of us, and the release of the film with Will Smith has once again placed those questions squarely the public eye.

If the most advanced helmets available can’t protect some of the world’s greatest athletes from concussions and CTE, what are the real dangers facing bicyclists and motorcyclists wearing their own helmets? And if the brain can be injured without any damage to a helmet, could automobile drivers and passengers conceivably also be injured without damage to their vehicles?

In low-speed, low-impact collisions, there’s usually little or no visible property damage to the vehicles, but the injuries suffered in these accidents may nevertheless be serious injuries. In low-speed collisions, more of the force of the impact is directly transferred to the vehicle’s occupants, because vehicles absorb very little of the force of impacts under twenty miles per hour. Protect yourself, and understand that low-speed, low impact traffic crashes can cause whiplash, soft tissue injuries, spinal damage, and serious brain injuries.

If you are involved in what seems to be a minor traffic accident with no apparent injuries or property damage, take the cautious approach and have a medical examination anyway.

The injuries most frequently sustained in low-speed, low-impact accidents are precisely the kinds of injuries that are invisible at first or easy to ignore and later become serious medical issues.

An unexpected head jolt can force delicate brain tissue to collide against rigid skull bones, with subsequent swelling or even bleeding that may not be noticeable immediately. Other conditions such as whiplash and back injuries may take days – or weeks – before they’re even detectable.

If you are injured in a traffic collision but your vehicle sustained little or no damage, the insurance company may use that lack of damage as an excuse for denying your claim or for offering you a settlement that’s far below the actual value of your claim.

The problem is that while cars, buses, trucks, and SUVs are designed precisely to withstand low-speed collisions, you and your passengers are not. Whether or not you think you are injured, get medical attention at once after any traffic accident, and if you subsequently experience any of the symptoms listed here, get checked again. Recognizing the early symptoms of a brain injury after a low-speed, low-impact accident is imperative. The typical signs of a brain injury include:

If an injury does develop slowly over several days or weeks – and it happens this way frequently – you must be in a position to prove that you’ve been injured and to protect yourself legally. Seek medical attention immediately after any traffic crash and subsequently if any symptoms develop. If a healthcare provider confirms that you’ve been injured, speak as quickly as possible with a good personal injury lawyer, and in southern California, contact an experienced Pasadena personal injury attorney at once.

Neurology, the journal of the American Academy of Neurology, recently published research proving that even a mild concussion leaves brain damage that remains visible on brain scans months later.

Even the mildest brain injuries mean more long-term damage than neurologists once believed. Researchers at the University of New Mexico School of Medicine studied fifty subjects who had sustained mild concussions. Four months after their injuries, the concussion victims still showed slight irregularities in the frontal cortex area of both sides of the brain.

Pain and other brain injury symptoms can disappear long before full healing has been completed. If you have previously sustained a concussion, you must be exceedingly cautious to avoid any blow, jolt, or impact to the head.

KNOW YOUR RIGHTS AND OPTIONS

If you are injured because of another driver’s negligence in California or any other state, personal injury law entitles you to full reimbursement for all of your medical care, lost income, and your other injury-related expenses.

In some states and in some cases, injury victims may also qualify to receive pain and suffering damages as well punitive damages. A good personal injury lawyer can examine the details of your own case and explain your legal rights and options – including a possible personal injury lawsuit.

Proving negligence is always the key to prevailing in a personal injury claim. A plaintiff must be able to present evidence that his or her injury or injuries happened because of the defendant’s negligent action or lack of action.

Obviously, long-term and disabling injuries will require the maximum possible compensation – as well as a team of experienced personal injury lawyers who know what it takes to win that compensation on your behalf.

If you believe that you have a personal injury claim and that you are entitled to compensation after a traffic collision – even if your vehicle sustained little or no damage – do not speak with, listen to, or accept a settlement offer from any insurance company.

Let your personal injury lawyer conduct all of the negotiations and discussions with the insurance company. Your lawyer is a trained and experienced negotiator who will fight aggressively for the compensation you need and for the justice you deserve. In many cases, you will not have to go to court and your attorney may be able to negotiate an acceptable out-of-court settlement.

If you are injured in traffic in southern California, as soon as you’ve obtained medical attention, put your case in the hands of an experienced Pasadena personal injury attorney – without delay. 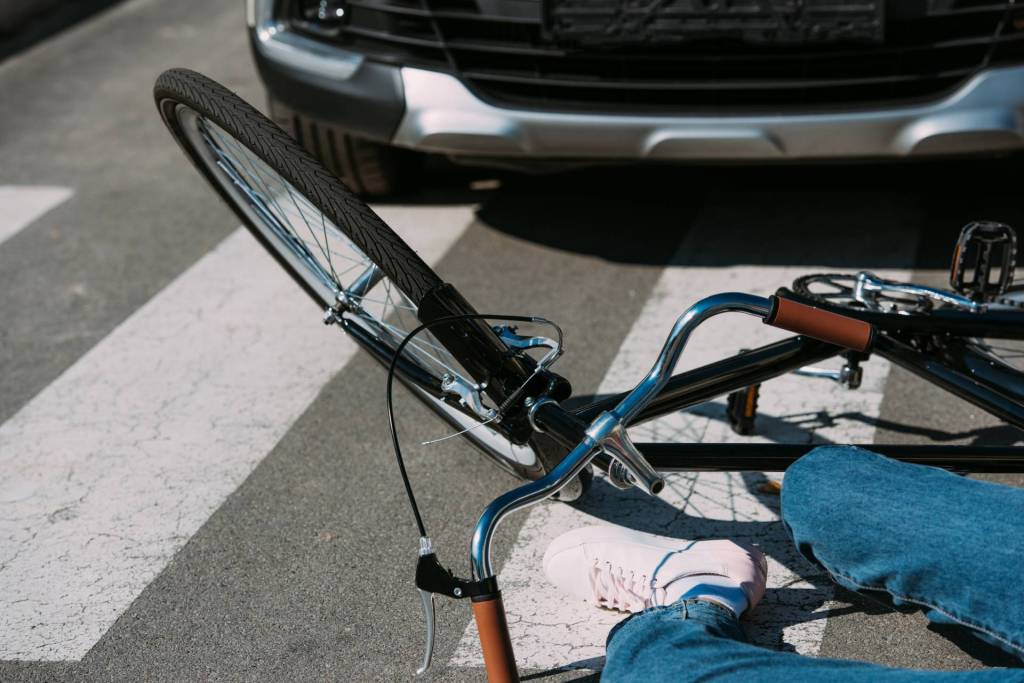 What Should I Do After Being Injured in a Bicycle Accident in California? 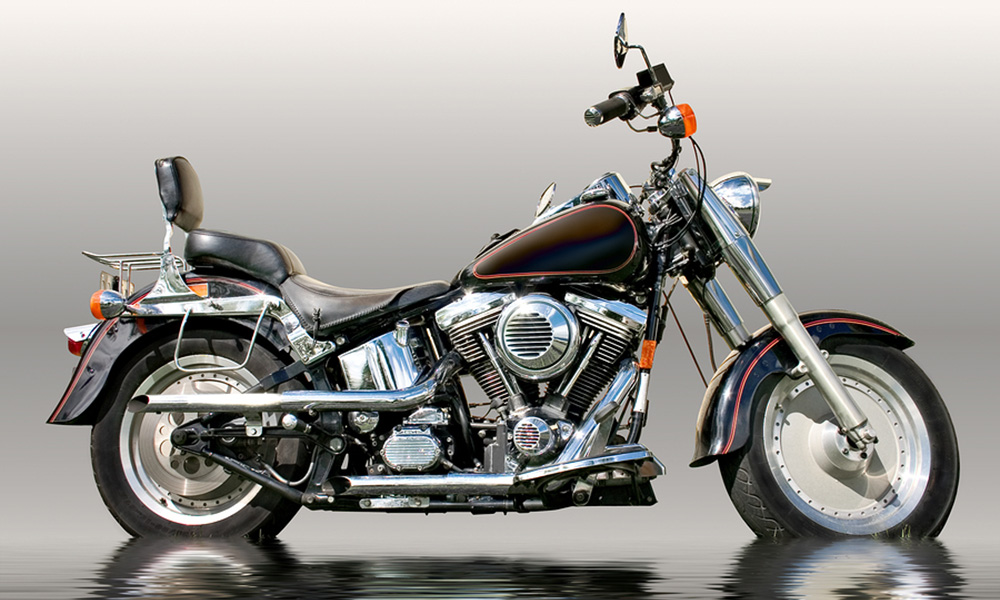 Infographic – Motorcycle Fatalities In California: By The Numbers 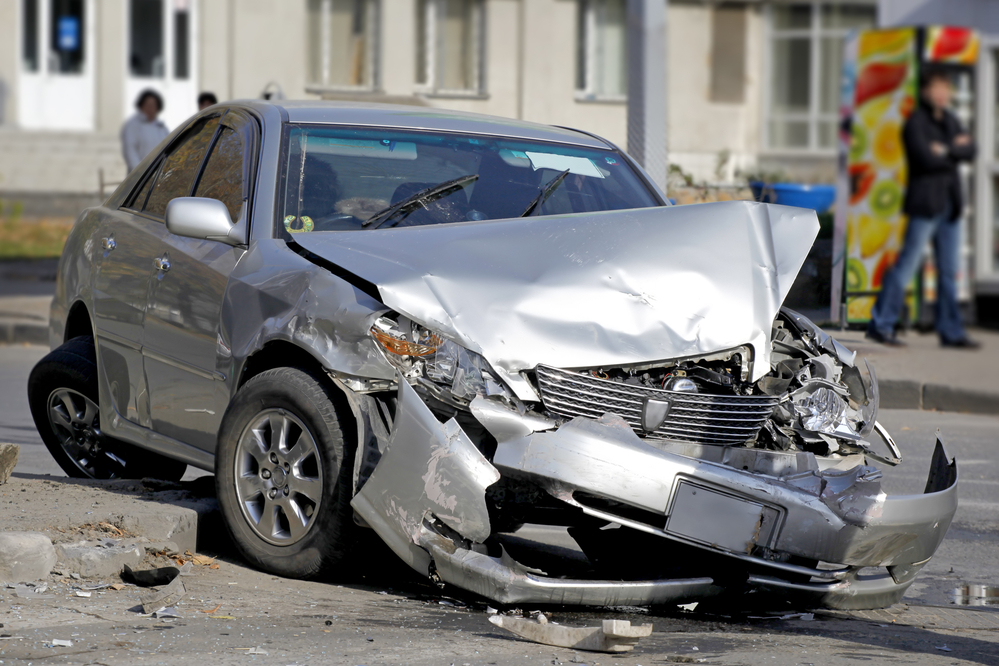